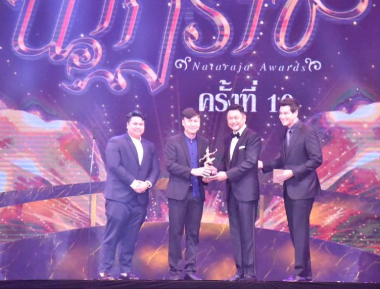 Workpoint has earned yet another award from one of Thailand’s prestigious awarding institutions.

On 21st July 2019, I Can See Your Voice Thailand, Thai adaptation of the popular Korean music variety show from Workpoint, wins Best Variety Show at the 10th Nataraj Awards. The reputable awards, organised by the Radio-Television Broadcasting Professional Federation, are given to outstanding radio and television programmes in Thailand.

I Can See Your Voice Thailand is produced by Workpoint. The programme has been broadcast on Workpoint Channel since 2016 and has received favourable reviews and reception from audiences.

“Thank you audiences for allowing us to bring joy and happiness to you every Wednesday night”, said the representative of this popular show.

In Best Game Show category, Lightning Quiz and The Rapper, another two big-hit TV shows from Workpoint are also nominated this year.