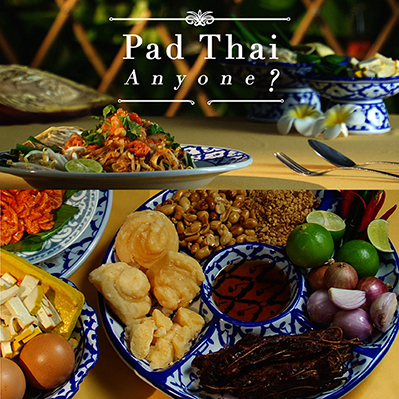 “Pad Thai” is a traditional Thai dish listed under stirs fried rice noodles. It was encouraged as a food during World War II by Field Marshall P. Pibulsonggram. He wanted the people to eat rice noodles instead of rice because during that time there was a rice shortage and rice was very expensive. It was changed from being called Fried rice noodles to simply “Pad Thai_?, literally Thai Stir fry. It was an easy name to remember and it was easily recognized as being Thai. This is what made Pad Thai internationally known and popular.