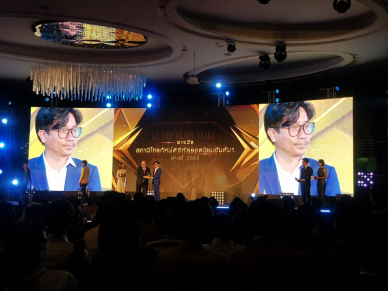 On 19th September 2019, Maya Channel, the reputable entertainment news outlet in Thailand, has organized its 19th Maya Awards 2019, an annual award giving to people in Thailand’s entertainment industry. This year, Workpoint Channel has won two awards from this prestigious event, with the first being the most favourite Digital TV Channel in 2019. Mr. Chalakorn Panyashom, Chief Operation Officer of Workpoint Entertainment, was at the award ceremony to receive such honour for Workpoint.

The second award went to Super 100, a high-rated talent show aired on Workpoint Channel, which is awarded for the best motivational and inspiring TV programme in 2019. “Thank you for giving us this honour award. Super 100 is an inspiring programme for Thai people. We believe that most are talented but only lack opportunities. We are also thankful to Workpoint for giving us a chance to produce such great work.” said, Mr. Viwat, an executive producer and TV host of Super 100.